Want to add period-correct sound output to your home-built 8-bit microcomputer? Want to be able to play chip-music written for the AY3-8910/YM2149 as it was intended? The Z50AYMSound card gives you exactly this!

The Z50AYMSound is a chip-sound card designed around the General Instuments AY3-8910 and the compatible Yamaha YM2149 sound chips. The AY3-8910 is a 3-voice programmable sound generator, and was a widely used chip, appearing in famous computers such as the Amstrad CPC, the MSX-line and probably most famously was used with the ZX Spectrum computer from Sinclair. The YM2149 is a directly pin-compatible version of the ‘8910 made by Yamaha, and used in the Atari ST. As such there exists a vast library of music created for this chip, much of it in ProTracker format that can be played directly using the Z50AYMSound card. Of course the card is not limited to playing back tunes created by others. What you use the card for is fully in your control.

The ABC/ACB selection decides how the three AY-3-8912 output channels (A, B and C) are mixed to create stereo output channels (left and right). This stereo mixing scheme is based on, and correctly reproduces music made for, the stereo capable AY3-8910 sound devices (or modifications) created for 8-bit computers like the Sinclair ZX Spectrum. This means that if you want to hear a song as it was arranged, you should select the correct channel mixing. There are two common mixing standards:

If you do not like how the audio output circuit was designed, you can tap the raw channels from the ABC/ACB selector J2/J3, omit the output-stage resistors R8-R14, and build your own output stage on the prototyping area, feeding the resulting signal back on the output-caps C2/C3.

Note the the YM and AY chips are both end of life. eBay often has these available, which are either pulled from old hardware or Chinese clones. Because of this, I will only supply this kit without the YM/AY chip, and you will have to source this yourself.

Available as full kit (minus AY/YM chip), or PCB only. The kit includes a printed assembly guide.
The schematic and layout, as well as example code, can be located at https://github.com/linc80/Z50AYMSound 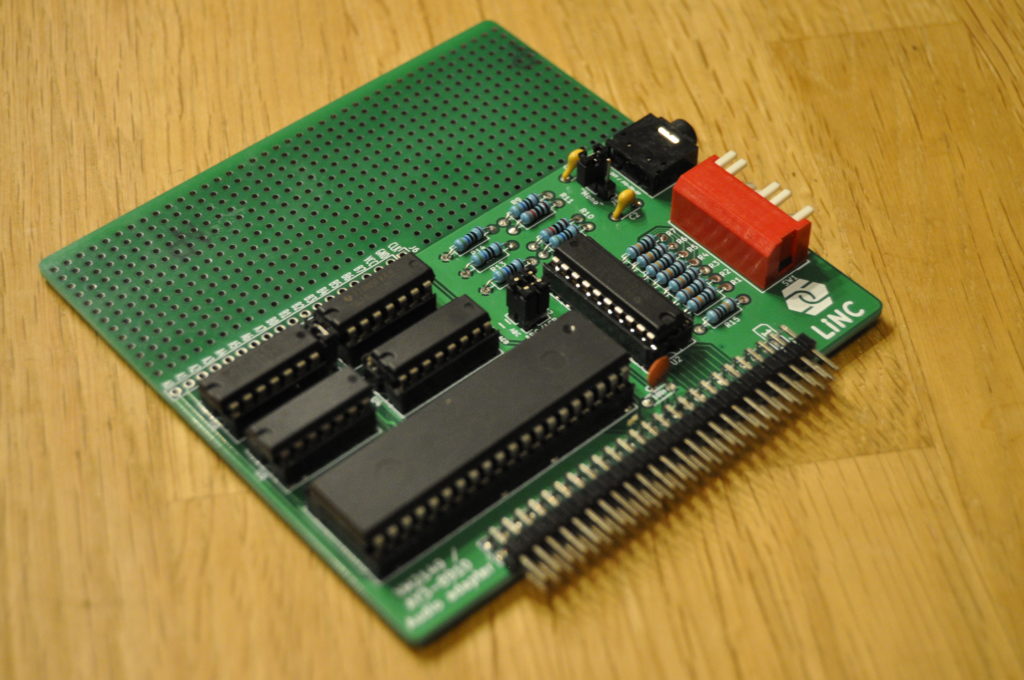